My literary agent described Cooper Bartholomew is Dead as a backwards mystery because the death comes at the beginning rather than at the end of the book. I'm not entirely sure why I chose this way of telling the story but I guess it's because I'm more interested in the how and why than in the what. The big crucial event happens on the first page.  Cooper is dead. That leaves us with the how and, even better, the why. The why is what interests me most. The why involves the psychological reasons, the individual motivations, the relationships and emotional dynamics between the characters. Big emotions – jealousy, love, hate, resentment, fear – and the power they have to push us into making bad decisions, are fascinating! Extreme emotions  make us irrational, they make us act and react. They make good people do bad things and bad people do good things. Love, for example,  can turn a coward into a hero. Resentment and jealousy can turn a decent person into a murderer. Passion can make a weak person strong. There's always some kind of (often unconscious) emotion behind every self-destructive or unkind thing we do, every bad choice we make. This is what I think of as the precious juice of fiction. It's endlessly fascinating and beautifully complex and it's this complexity that I want to capture on the page. Humans being human. The glorious messiness of life.

Cooper Bartholomew is Dead is narrated by four characters. Cooper, his girlfriend, Libby, his best friend, Sebastian and his ex-girlfriend, Claire. It was important to me that each of these characters had a voice because I wanted to explore the way one story or one event can have different versions depending on individual perspectives. We are each the centre of our own story, the main character. Often, in our internal narratives, we imagine that other people have it easier, that they are luckier, more confident, less confused by the world. We imagine that we are the only one who can really suffer. Having the four perspectives allowed me to examine this and to look at the story and at each character from various different angles. Fiction, in general, is a great way to remember that other people are complete human beings too. Fiction reminds us that we are all uncertain and confused and that in any situation there are multiple truths, multiple stories. There are countless ways of seeing the world.

Rebecca
I live in Geelong with my partner and our five children. I'm the author of Beautiful Malice, Sweet Damage and Cooper Bartholomew is Dead. 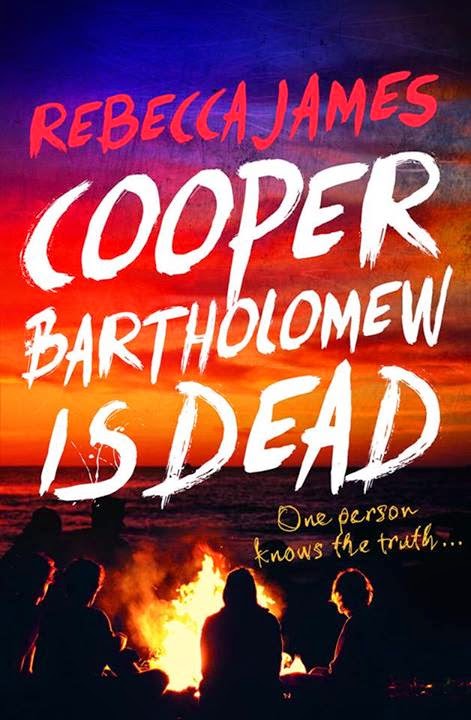